Interviewed a potter, Yuko Hiramatsu based in Itako city. 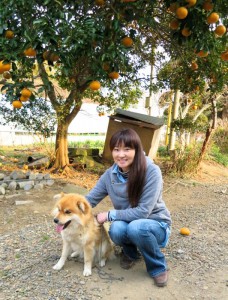 Photo with a lovely dog, Jiro-chan

-Please tell me what made you start pottery.
I attended the tea ceremony lesson when I was in university and interested in pottery. My parents took me to the Pottery Fair in Mashiko and that also made me interested in pottery.
After I graduated from the university, I was working at the hospital as a pharmacist. I heard that my colleague’s friend was teaching pottery and I began to take that class at night. I got into the pottery there!

And what you made you study pottery more?
I am satisfied with my work as a pharmacist but I began to think should I try to learn something new that I’m interested in.
I started to search how can I learn pottery and I found a public school which can be learned pottery from basics.
So I entered Aichi Prefectural Seto Pottery Senior High School Advanced Course and studied pottery for two years.

Did you find easily what you want to make while you were in that school?

No, it was not so easy. I worked through many curriculums at school and went to see many pottery exhibitions there. And I was found what I want to make little by little. Besides, I didn’t know how to make the glaze until I learned the Seger Formula* at school. It was really good to know such a useful thing and easy to understand for me.
*Seger formula…A German ceramist, Hermann Seger, developed Seger formula for the composition of glazes according to the number of different oxides in the glaze in 1886.

Do you remember when did you decide to make porcelain?
I was using porcelain clay at school and I liked to use porcelain staff. I also thought the porcelain suit my personality. 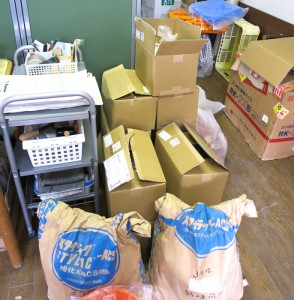 Porcelain clay from Seto
You are making matte series. Could you tell me the process of that?
Mold it with a potter’s wheel and make biscuit firing. After the biscuit firing, roughed the surface with sandpaper. Glaze them and glost firing. It is very important to make the rough surface smooth for theses matte series. 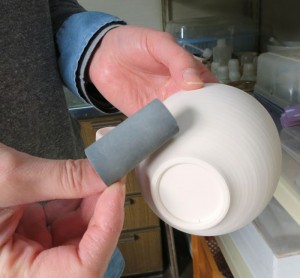 -What kind of things will you care while you are working?
I think that the porcelain has an image making bulk production. So I trying to add a hand-made feel like a pottery.
I do not like too much fancy design. I want to make with mature shape and soft but spindly design. 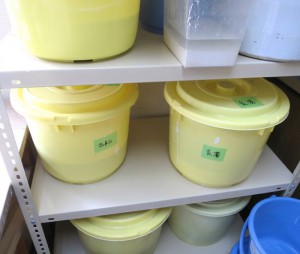 Glazes on the shelf. 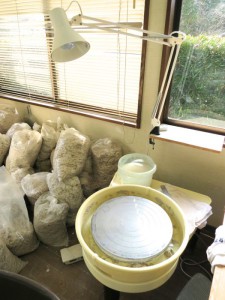 Potter’s wheel by the window.

-It is not quite as simple but is difficult point different from pottery and porcelain in making process?
I have experiences both pottery and porcelain. I think that porcelain will be more difficult to mold because they are really hard and difficult to roll out the clay. Very hard to remain their shape. Especially, it will be hard to planarize the surface of the plate.
Furthermore, pottery’s clay can be reuse after kneading with water. Porcelain’s clay also can be reuse in the ame way but sometime appear bubbles. And those are beyond selling in that case. So there is much loss in porcelain.
-What kind of things would you want to make in the future?
I continuously want to make eating utensils and want to try some colored glaze! 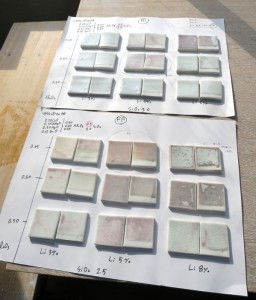 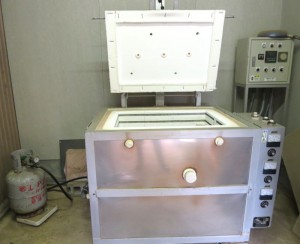